Men's Health Week (MHW) 2009 ran from Monday 15th June until Sunday 21st June.¬Ý The theme for this year was: "Men and Access to Services".

One of the biggest risks to men‚Äôs health is their reluctance to seek help at times of difficulty or to take part in health improvement programmes.¬Ý This is often because these services and programmes are not delivered in ways that take account of men‚Äôs particular needs.

To mark this week, the Men's Health Forum in Ireland (MHFI) ...

Examples of what took place:

A Guide to Men's Health for An Post Staff - Working in partnership with the Men's Health Forum in Ireland, An Post developed a men's health booklet titled: "Male Minder: A Guide to Men's Health for An Post Staff".¬Ý This was distributed to all An Post employees during Men's Health Week 2009. ¬ÝThe booklet focused on both general men's health issues as well as specific occupational health issues.¬Ý An evaluation of the impact of this initiative was also conducted. Click here¬Ý(PDF 8MB) for a copy of this guide, and here (PDF 1MB)¬Ýfor the cover pages.

"Focus on Fathers" Helpline - Parents Helpline (within Parents Advice Centre) provides support and guidance on parenting and family issues, and recognises that fathers have a crucial influence on their child‚Äôs development.¬Ý However, parenting can be stressful for fathers (as well as mothers) and, to support these men, a special ‚ÄúFocus on Fathers‚Äù campaign took place during Men's Health Week.¬Ý A confidential freephone helpline is still available to any father in Northern Ireland who would like support to address a family issue (Tel: 0808 8010 722).

Men‚Äôs Health Information Evening - This event took place at 8.00pm on Wednesday 17th June at the Connect Family Resource Centre, 159 Moneymore Estate, Drogheda, Co. Louth. ¬ÝIt was open to men only - to help heighten awareness of preventable male health problems, and to encourage early detection and treatment of health difficulties for men and boys.¬Ý For more information contact Nicola at 00353 (0) 419846608

Carlow Men‚Äôs Health Project - The Carlow Men‚Äôs Health Project (CMHP) was established in July 2007, and is supported by a number of community-based statutory and voluntary services. ¬ÝThe project aims to raise awareness of health amongst the most vulnerable men in Carlow town and county. ¬ÝThis year, in keeping with the theme for ‚ÄúInternational Men‚Äôs Health Week‚Äù, the CMHP brought local health and community services to where men convene.¬Ý The first outing was at the local GAA grounds (Dr Cullen Park), on 6th June, at the semi-final of the Christy Ring Cup between Carlow and Kerry.¬Ý¬ÝA total of 40 men availed of health screening that consisted of measuring Body Mass Index (BMI), blood pressure and cholesterol. ¬ÝHealth information was also given to many others.¬Ý The CMHP has plans to offer this service at local marts throughout the summer, and at the annual ‚ÄúTullow Show‚Äù in August. ¬ÝIt is hoped that by offering this screening and educating men about their health, men may be supported to be proactive about their health and to attend their GP if they have a health concern rather than delaying seeking help.¬Ý This project is supported by the Health Service Executive (HSE) South Area, and is being evaluated in partnership with Waterford Institute of Technology (WIT).

Men's Health Sessions in Prisons - The Northern Ireland Prison Service organised Men's Health Awareness sessions - delivered by Action Cancer - in all three prison establishments. They sought to raise awareness of the need to seek help at an early stage and the value of early detection.

Stuck In The Middle - The Centre for Young Men‚Äôs Studies has carried out a series of consultations with 130 young men, aged 13-16 years, from more than 20 areas across both Catholic and Protestant communities.¬Ý The purpose of this research was to give a voice to young men‚Äôs attitudes and experience of violence, conflict and safety; to initiate discussion and debate about the needs of young men and the problems some young men cause within their communities; and to make tentative suggestions for initiatives and interventions that can increase safety and reduce violence and conflict within communities.¬Ý A presentation of the findings took place on 16th June 2009 from 10.00am to 1.00pm in YouthAction Northern Ireland, 14 College Square North, Belfast.

Dry Arch Dad‚Äôs Day - The Dry Arch Children‚Äôs Centre in Dungiven, Co. Derry, invited all dads and grandads to come along with their children/grandchildren to enjoy a fun-packed afternoon of activities on Saturday 20th June 2009 from 2.00pm to 4.30pm.¬Ý Refreshments were provided, and there was a free football for all children who attended.¬Ý Activities included men's health checks and advice, design and make your own breakfast set, free hair cuts, a complimentary photograph, face painting, PINATA filled with toys and sweets for the children. 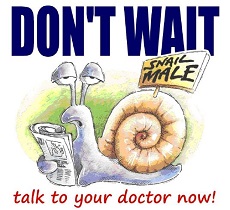