Contrary to popular belief, more men than women suffer from excess weight. Ā Indeed, the recently published report from the National Taskforce on Obesity in Ireland outlined that between ten and twenty percent of men are obese, and that this can lead to stigma, prejudice, low self-esteem, isolation and humiliation.

The first ever all-Ireland Men's Health Week (MHW)Ā took place from Monday 13th - Sunday 19th June 2005.Ā  This focused upon the theme of "Males and Obesity" and was launched by two special guests - a pair of Sumo Wrestlers - on Friday 10th June 2005 in ...

This week was coordinated locally by the Men's Health Forum in Ireland (MHFI).

Five thousand of MHFI'sĀ Hazardous Waist postersĀ were distributed to workplaces, community and leisure facilities, primary health care facilities, and other places where men might see them. Ā It was hoped that these posters would raise awareness of this serious concern for men. Ā Statistics highlight the need for education and a change in behaviour.

Currently, International Men's Health Week is celebrated throughout North America, much of Europe and Australia.Ā  However, until 2005, this important event was not part of the calendar on the island of Ireland.Ā  Thus, the opportunity to highlight the health issues facing local men had been lost - until now. 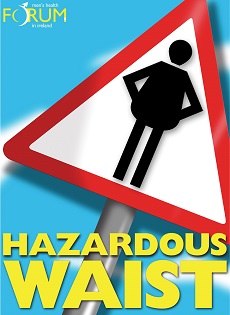